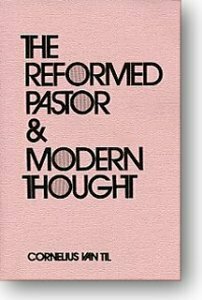 The Reformed Pastor and Modern Thought

SKU PA913
$13.95
PA913 -- 242 page, softcover
In stock
1
Product Details
This little volume is designed to aid the Reformed pastor in his work of helping high school and college students face the challenge to their faith presented in their classes on science, philosophy, and religion. To be able to help his young people the Reformed pastor must himself have some acquaintance with modern science, modern philosophy, and modern religion. But, more than that, he must see clearly for himself that unless science, philosophy, and religion frankly build upon the authority of Christ, speaking his Word in Scripture, they can offer no coherent interpretation of life. Modern thought has repeatedly, in attempting to explain reality, shown its own incoherence.


The first chapter sets out to deal comprehensively with the relation of Christianity to modern thought. It can be read as a complete unit by itself and is, as such, the basis of what follows.

The second chapter deals with traditional Catholicism, the third with the philosophy of Immanuel Kant as the basic source of modern Protestantism, the fourth with modern Protestantism and its relation to twentieth century philosophy, the fifth with modern Catholicism, and the sixth with Ecumenism. In each case the effort is made to show the Reformed pastor how he may relate himself to these movements. The argument of the book is that only the Reformed faith can truly present the gospel as a challenge to modern unbelief.